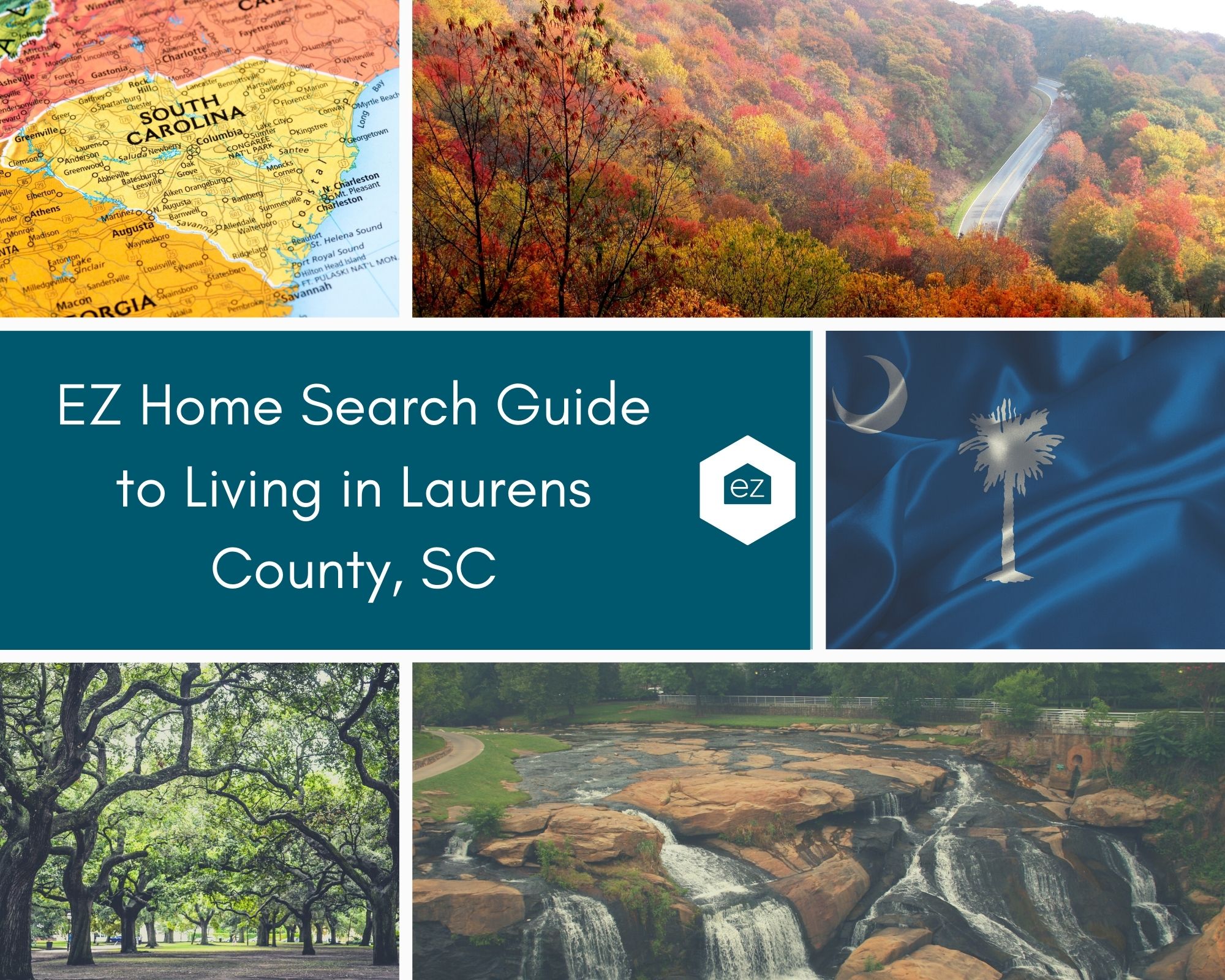 Are you looking for a place to live in the Piedmont region of South Carolina? Try the gently rolling hills of Laurens County. Here you'll find friendly locals, historic small towns, and vast expanses of forest. This is a place where you walk into your local grocery store, and everyone greets you by name., and where your favorite diner knows what you'll order without even asking.

Laurens County is a place where residents have deep roots and are proud of their heritage. They are proudly and uniquely Southern. You'll find a Speedway, hunting clubs, parks and recreation, lakes, rivers, and small-town festivals. In essence, Laurens County is quintessentially small-town southern living.

Learn more about what life is like living in Laurens County.

Laurens County is in the Upstate or "Upcountry" region of South Carolina, near the foothills of the Appalachian Mountains. Geographically, it sits in the rolling hills of the Piedmont area. It's part of the metropolitan statistical area with Spartanburg, Maudlin, and Greenville. The area has robust forested areas, with many acres protected as National Forests and Wildlife Management Areas.

Getting around the area is pretty easy. I-26 runs through the northeastern corner and meets up with I-385 running across the northern section. Highway 221 bisects Laurens County from north to south, and Highway 76 runs through the middle on the east-west axis.

Laurens County has two rivers along its borders. On the north is the Enoree River; on the south is the Saluda River which drains into the man-made Lake Greenwood. The Reedy River runs through Laurents and into Lake Greenwood, as do several creeks. The Bush River and Duncan's Creek also have their origins in Laurens County.

Laurens County has Spartanburg County to its north and is surrounded by Union, Newbury, Greenwood, Abbeville, Anderson, and Greenville counties.

Laurens County is the site of four important Revolutionary War battles. At Lindley's Ford near Raven Creek, Patriot forces defeated a combined Native American and Loyalists attack. At Musgrove Mill, Patriots defeated the British and Loyalist forces in a two-day battle. Another defeat was served near Hammond Store, now in present-day Clinton. At Hayes Station, southwest of Clinton, the Loyalists attacked a group of Patriots and killed 18 of them.

After the Revolution, Laurens County was one of six created from the 96th District. It was named after statesman Henry Laurens of Charleston. The delegation that helped create the county selected a central location for the county seat also called Laurens.

By 1800, Laurens District saw an expansion in cotton production. It sought to grow its economy by adding facilities for spinning cotton. Textile manufacturing became an essential part of the Laurens County economy. This persisted even after the Civil War. The Laurens Cotton Mill and Mercer Silas Bailey Mill were in operation by 1900, and two more joined them shortly after that.

Textile and agricultural production remained the dominant drivers of the economy until World War II. The only exception was a major glass bottle manufacturing plant located in Laurens.

Soldiers trained on the Presbyterian College campus and at a small airfield near Laurens during World War II. After the war, companies established warehouse distribution centers in the area, and manufacturers began building plants. These include automobile parts suppliers in northern Laurens County. These suppliers manufacture parts for the BMW Automobile Plant across the county border in Fountain Inn.

Agriculture remains an integral part of the Laurens County economy, although the local government and Chamber of Commerce are working hard to attract new industries into the area.

Laurens has a population of around 9,000 citizens. Its roots here go back to 1790, where the intersection of five roads and a historic courthouse helped the General Assembly delegation appoint it the county seat. It is home to Laurens Glass Works, one of the few glass factories in the south.

Fountain Inn sits on the Greenville and Laurens County borders. It has a population of just over 8,000 and is close to some manufacturing hubs.

Clinton is another significant population center in the county. It has over 8,000 residents and is home to Presbyterian College. It is minutes from I-385 and I-26, making the significant centers of Columbia, Greenville, and Spartanburg under an hour's drive.

Gray Court is a historic small town tucked into the northwest corner. It is also close to the interstate and major metropolitan centers beyond.

In 2020, Laurens County reported a 6.9% unemployment rate, which was on par with the state-reported average. It was lower than the United States national average of 8.1%.

As of July 2021, Laurens County median home prices were up 36% year-over-year. Homes typically were on the market for 56 days.

EZ Home Search can pull market reports for you to see the most current and local information about Laurens County real estate.

According to the 2020 US Census Data, around 67,539 people lived in Laurens County. The county experienced a 1.5% growth starting 2010, showing the population is stable and slowly expanding.

The age bracket with the highest number of residents was the 45-to-54-year-old group. However, the population was spread out relatively evenly across all age brackets. The average age of a resident was 40.7 years in 2019.

Demographically, around 71% of Laurens County residents identify as whites. Approximately 25% identified as black or African-American. Approximately 14% of residents had a bachelor's degree or higher, while about 41% had some college or higher.

Local higher education is offered by Presbyterian College, which enrolls about 1,000 students each year. Its most popular majors are business, management, marketing, biomedical sciences, social sciences, and psychology. In total, it has 107 majors and programs of study. It has three graduate programs, with studies in pharmacy, physician's assistant, and occupational therapy.

Laurens County Things to Do

Laurens County is a place where residents remain connected with nature through the numerous outdoor recreation opportunities available. The Piedmont's rolling hills in the northern section create majestic scenery. Visitors come for the many parks and preserves throughout the area.

Other kinds of recreation are available. Skeet shooting is available at Harris Springs Sporting Clays and Shooting Preserve. There is Musgrove Mill Golf Club, a world-class Championship Course, and the Lakeside Country Club for golfers. The country club also has swimming and tennis facilities. Rolling S Golf Club is a public course.

Boaters and fishermen will appreciate access to Lake Rabon, the Saluda River, and the Enoree River. The south also has Lake Greenwood and its 200 miles of shoreline for more fishing and boating recreation opportunities. Lake Rabon park has a fishing pier, playground, and picnic shelters.

There are small-town festivals and events throughout the year, like Christmas parades, a Reindeer Run, a Spring Tour of Historic Homes, and the Joanna Festival.

With so many American Revolutionary War sites crisscrossing the area, the history enthusiast will enjoy touring the historical attractions. A key one is the Battle of Musgrove Mill State Historic Site. There are interpretive and accessible trails through this historically significant area.

More periodic and historical relics can be found at the Laurens County Museum and the Simpsonville Revolutionary War Museum.

Barefoot Acres is a unique adventure farm attraction. One side is a farm where the owners grow flowers, pumpkins, and produce. Visitors are welcome to take a stroll through the woods or hang out and have a picnic. The other side is for Adventure, with racing zip lines and a challenge course.

As a more rural area in South Carolina, you won't find hundreds of dining opportunities. You will find lots of home-cooked, farm-to-table, delicious meals inspired both by South Carolina traditional cooking and global cuisine. Here are a few destinations:

You won't find many malls in Laurens County, but you will find shopping plazas and centers to service all of your daily needs. Your best bet for locally sourced goods and unique gifts is to shop around downtown Laurens, which has a "square" downtown. Make it a day of finding unique treasures.

The community also has a farmer's market open each Saturday morning on the Courthouse Square in downtown Laurens. It runs from April through September. Shop for farm produce and handmade crafts.

It's not properly fall until you take a visit to Stewart Farms. This working public farm hosts school visits, a fall festival, and pumpkin picking. It's been family-owned and operated for 27 years.

Each October, the Squealing on the Square BBQ cook-off and festival descends on downtown Laurens. Festivities include live music, delicious food, and family activities.

The Laurens County Speedway hosts local car racing on a dirt track. It hosts weekly races through the fall season.

Life in Laurens County may have a slower pace, but that doesn't mean it isn't any more exciting and vibrant. This is small-town living at its finest. People here are proud to be Laurens County residents. With historical attractions, outdoor recreation opportunities, and friendly neighbors, Laurens County is a great corner of South Carolina to call home. 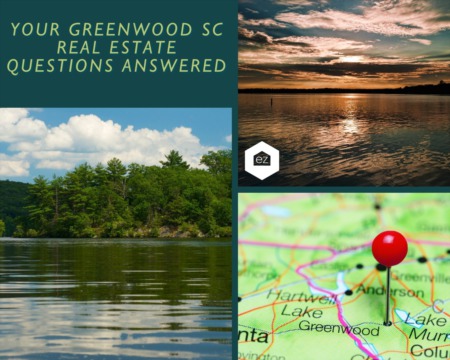 Your Greenwood, SC Real Estate Questions Answered Are you looking for more information about living in Greenwood, South Carolina? Living here is an ...Read More 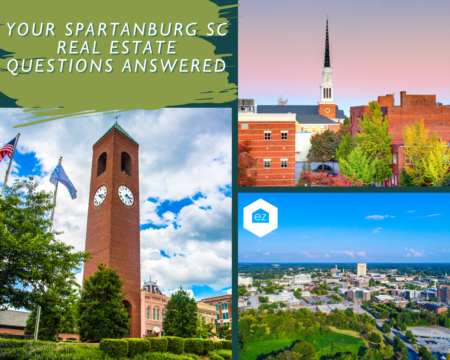 Your Spartanburg, SC Real Estate Questions Answered Life in the Appalachian foothills is rich with natural beauty and bountiful opportunities. In ...Read More 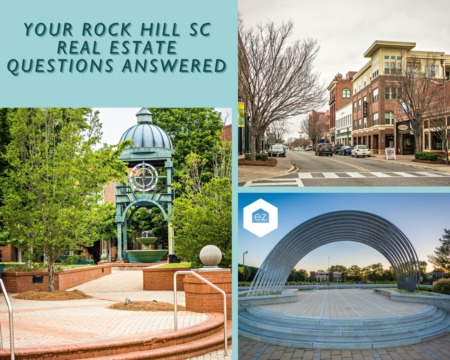 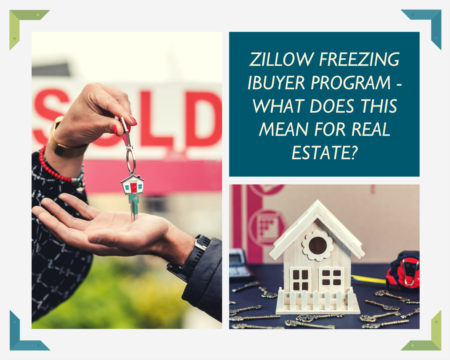 Zillow Freezing iBuyer Program - What does this mean for Real Estate? 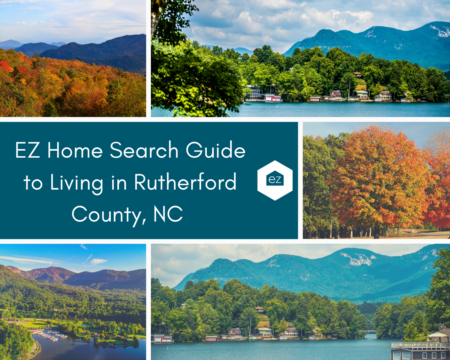