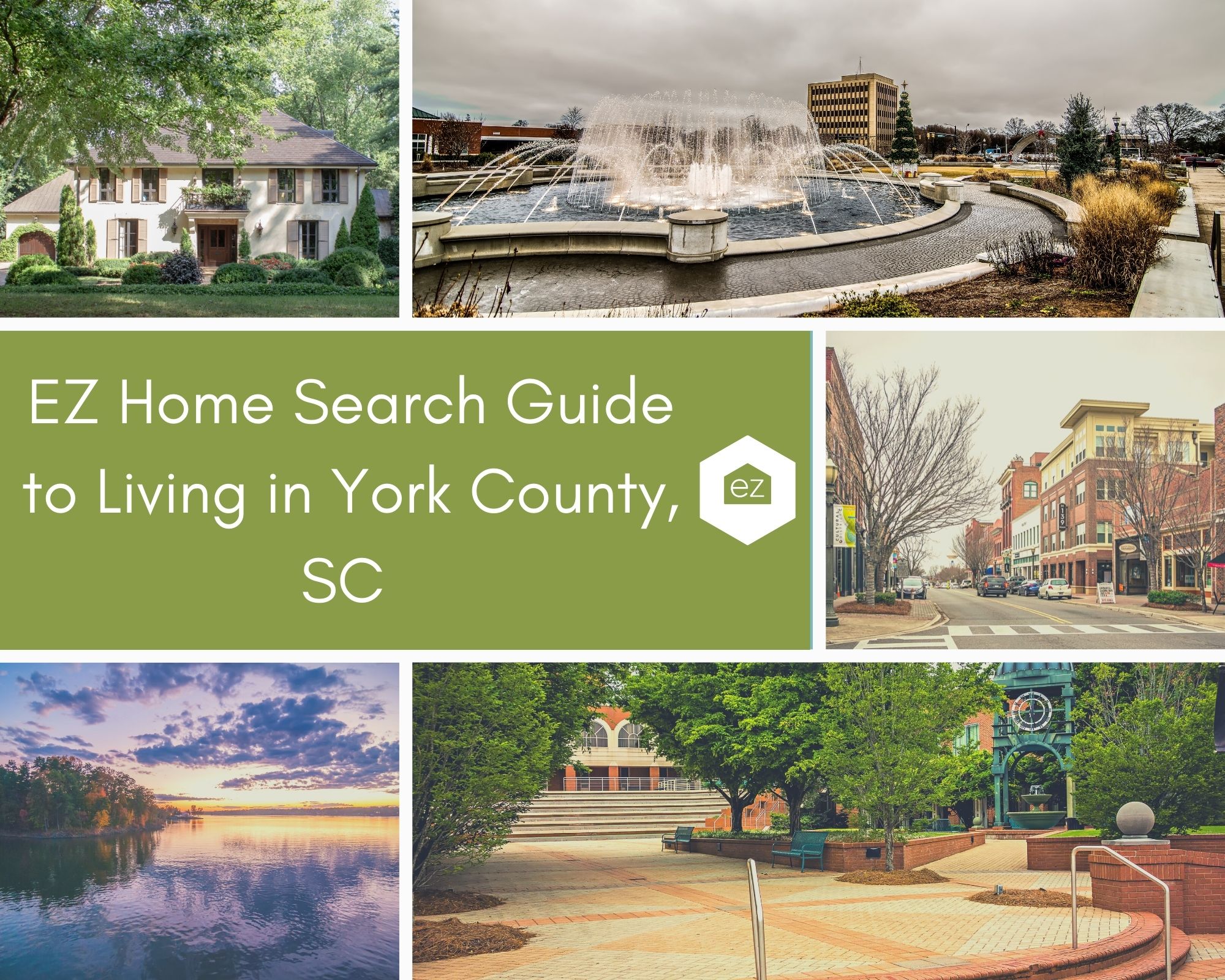 Are you looking for a place to live that is authentically Southern, affordable, and with lots to do? Turn to York County, South Carolina, one of the state's best-kept secret destinations. USA Today recognized York County in its 10 Best Readers Choice Awards as one of the Best Small Town Cultural Scenes.

Here, residents enjoy big-city amenities without sacrificing a friendly community feel. Festivals and events take place all year, and residents live close to some prime outdoor recreation spots. Our York County profile illustrates what you need to know about life in this South Carolina destination.

York County is part of South Carolina's Piedmont region between the Broad River and Catawba River. Geographically, it is a diverse landscape from hills to flat plains. Here you will find progressive urban development, lakefront communities, and classic southern small towns.

Accessibility is one of York County's advantages. Its northern location in South Carolina has the advantage of being close to two large metropolitan areas, Charlotte, North Carolina, and state capital Colombia. It sits strategically in the center of the East Coast. I-77 runs through the eastern part of the county, and I-85 slices through the northwestern part. The Charlotte-Douglas International Airport, with its major carriers and regional airlines, is under 30 minutes away.

York County is considered part of the Old English District, one of the state's 11 tourism regions. The designation refers to the area's early English settlement and the number of Revolutionary War battles fought in the area.

The climate is temperate with mild winters, making it easy to enjoy outdoor recreation throughout the year. Summer highs are just under 90°F, while in the winter, the daytime highs sit in the mid to upper 50s. Snow isn't out of the question, but it is rather rare. The county averages just 1 to 2 in a year.

The region was home to several Native American tribes, primarily the Catawba Indians, whose name was given to the Catawba River. Early European explorers include Hernando de Soto, who passed through the area in his search for gold. Juan Pardo also observed Catawba settlements near present-day Fort Mill on the eastern bank of the Catawba River.

Early European settlers were primarily Scotch-Irish, who set up small towns and parishes around the area. The region was set up as a British colony under the Charles Town settlement further south on the coast. Later, the land became part of Craven County and was known as the "New Acquisition District."

The South Carolina General Assembly officially established York County in 1785. The county seat was selected as Fergus Crossroads, which later became the town of Yorkville, and then simply York.

Post-revolution, York County's economy was primarily agricultural and mining. The construction of railroads improved the area and brought new goods into the region.

No major battles were fought in York County during the American Civil War, but a high number of residents participated in the war. The resulting economic chaos halted growth in the region for a time. The textile industry became a primary player in the economy. Cotton manufacturing, plus railroad expansion, spurred the development of Rock Hill and Fort Mill, which are now large areas in the county. Textile production declined in the late 20th Century.

The completion of the Catawba Dam and power plant was an important engineering accomplishment in the southeastern United States. It eventually led to the establishment of Duke Power Company, and it is credited with the industrialization of the Catawba Valley.

The town of York is the county seat. It is in the western part of the county, an equal distance between I-77 and I-85. York has a historic core and traditional lifestyle, offering a small-town community while still being close to major urban developments.

Rock Hill is the largest city inside the county and the fifth-largest in South Carolina. It is the region's commercial center and home to many businesses. It's also the location of major education centers like Winthrop University.

Fort Mill is another well-developed area inside York County and one of the region's fastest-growing communities. The growth has been complemented with careful urban planning, as evidenced in the Anne Close Springs Greenway. The town is close to Charlotte.

Clover is a small town in the northwestern corner with lots of antique shopping options and a historic ambiance. The biggest draw is the June Feis Chlobhair, a festival celebrating the town's Irish heritage.

McConnell is a small area inside York County near the 775-acre historic Brattonsville Site.

Tega Cay is on a peninsula in Lake Wylie. The community has a safe, friendly atmosphere. Residents and visitors use Tega Cay as a recreational jumping-off point for public golf, tennis, and swimming. It's all so close to the lake's numerous marinas and nature trails.

The industries with the most anticipated growth by 2026 are transportation and warehousing, health care, accommodation and food service, and wholesale trade.

York County is part of the Piedmont Region. This area has seen an 11.9% median price growth since 2021 began. At the same time, the days on the market until sale declined 55.6%. Overall, sales are up for the year by 10%.

Looking at the July 2021 data, new listings increased 24.4% year-over-year. The year-to-date number of new listings is up 4.5%. The median sales price as of July was $315,000, and an almost 30% year-over-year increase. The number of homes available for sale is down 54%. Looking historically, median sale prices have been rising since 2013. The most significant growth occurred between 2017 and 2018 and from the start of 2021.

Around 76% of residents identify as white, and 19% identify as African-American. The area's residents are highly educated, with around 28.5% having obtained a bachelor's degree or higher and another 31% having completed some college or an associate's degree.

York School District services 5,200 students across ten schools. These include six elementary schools, one middle school, and one high school. There is also an intermediate school which services 5th and 6th graders. York One Academy is an alternative school for grades 5 to 12.

Clover School District educates 8,400 students in one of the fastest-growing public school districts in the state. It has some award-winning Fine Arts and Career and Technology programs.

Rock Hill School District is the largest school district inside the county. It runs 27 schools and learning campuses for around 18,000 students. It also includes adult education programs and a Technology and Career Education Center.

Fort Mill School District teaches 16,000 students across 16 schools. It is considered a top-performing district in the state based on its testing performance data.

In terms of private schools, there are 22 to choose from inside the county. A majority of these have a religious affiliation. The top-performing schools are St. Anne's School and Westminster Catawba Christian School. Around 2,800 students attend a private school.

Winthrop University is a public college founded in 1886 that is renowned for the quality and value of its education. Located in Rock Hill, the school offers undergraduate, graduate, and continuing professional education programs. Its athletics programs compete in NCAA Division I.

York County Things To Do

Along the Catawba River and Lake Wylie, enjoy a day of paddling, boating, floating, or fishing. Kayaking is a popular activity in the area, with a kayak launch right on the Riverwalk on the Catawba. There are also two launches for Lake Wylie.

The Anne Springs Close Greenway is one of the area's largest nature preserves. It has over 2,100 acres for picnicking, hiking, and mountain biking.

York County has a significant BMX and biking scene. The robust amateur sport scene is anchored by Cherry Park and the downtown Indoor Sports & Events Center. There are two nationally sanctioned races at the Giordano Velodrome and the BMX Supercross Track at Riverwalk.

For BMX enthusiasts, try the Baxter Village trails for a network totaling nine miles. You can also try the five different courses at Rock Hill Outdoor Center and the Giordano Velodrome.

A more relaxing outdoor experience is available at the Glencairn Garden. This attraction started as a backyard garden in 1928 but now spans 11 acres with various plants. Blooming season peaks in the spring with so many different flowers and colors that it is a true feast for the eyes.

The York Historic District attraction includes the historic McCelvey Center and the Sylvia Theater. McCelvey Center was the original site of the Yorkville Female Academy and included the 500-seat Lowry Family Theater. The Culture and Heritage Museum uses this venue for their annual Southern Sound Series, which brings big-name musical acts to town. The historic Sylvia Theater shows movies and also serves as a music venue for small and large acts. The building is over a hundred years old.

The Center for the Arts in Rock Hill is a hub for the area's arts and culture scene. Two galleries are inside of the building, which itself is a work of art. More art opportunities are at Gallery 120, a community art gallery dedicated to the growth and exposure of professional and emerging fine artists.

One unique attraction in York County happens every June. Two dozen local farms open to the public through the Ag + Art event. It's a self-guided event with public art displays.

The Culture and Heritage Museums is a family of museums operating inside of York County. It includes historic Brattonsville, the McCelvey Center, the Museum of York County, and the Main Street Children's Museum. They are dedicated to preserving the cultural and natural histories of the Piedmont Region.

York County has restaurants and dining experiences that will excite your taste buds. A mix of specialty stores and local restaurants are scattered around the various towns. Enjoy everything from home cooking to fine dining.

One exciting new adventure started in 2021 is the YoCo Taste Trail, which features some of the area's local restaurants and dining locations. Here are a few options to try:

York County's many historic downtowns offer a unique and delightful shopping experience. As one of the leading cultural scenes in the southeast, art enthusiasts will enjoy wandering the various galleries and shops looking for locally created and unique pieces.

The town of York has a large historic district filled with shops and restaurants. Find boutique and specialty shops such as The Mercantile, an eclectic mix of gift and homewares, to Dogma & Fetch, a store dedicated to man's best friend. Every week you can find fresh produce at the Old Town Farmer's Market that runs every Saturday from April to November.

Another farmer's market is found in Fort Mill. It is hosted in Veterans Park every Saturday with fresh produce, local vendors, and more.

York County residents enjoy a wonderful mix of urban development and small-town living. Here, you can still get to know your neighbors while taking part in modern lifestyle perks like upscale dining and family-friendly events. The cost of living is relatively affordable, and residents have access to some of the best education opportunities in the state. What's not to love about living in York County? 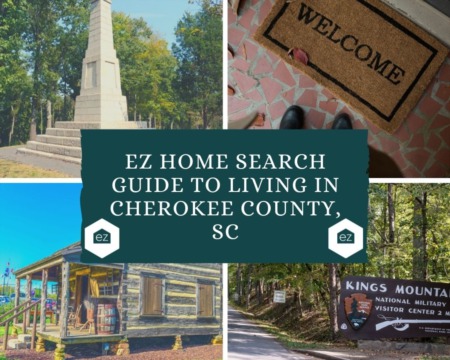 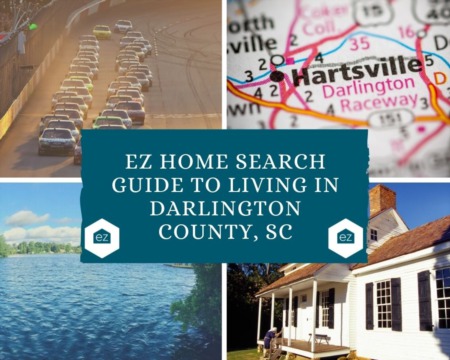 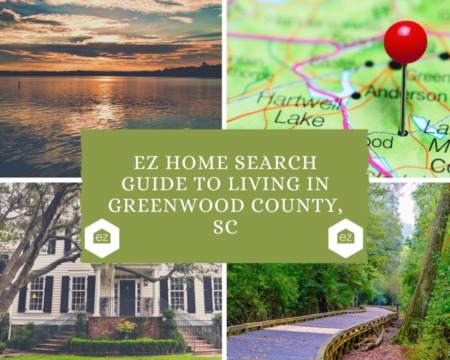 EZ Home Search Guide to Living in Greenwood County, SC Are you looking for a friendly, small-town setting but prefer a more progressive culture? ...Read More 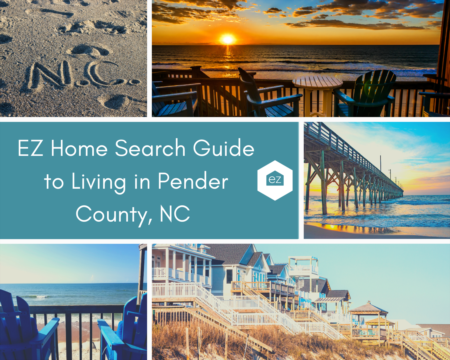 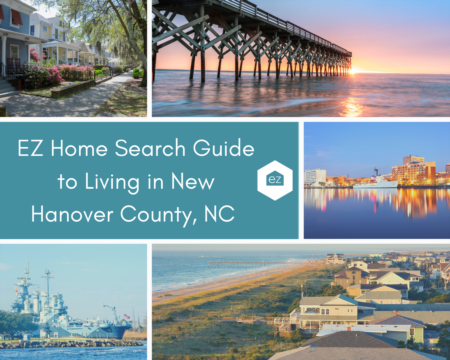