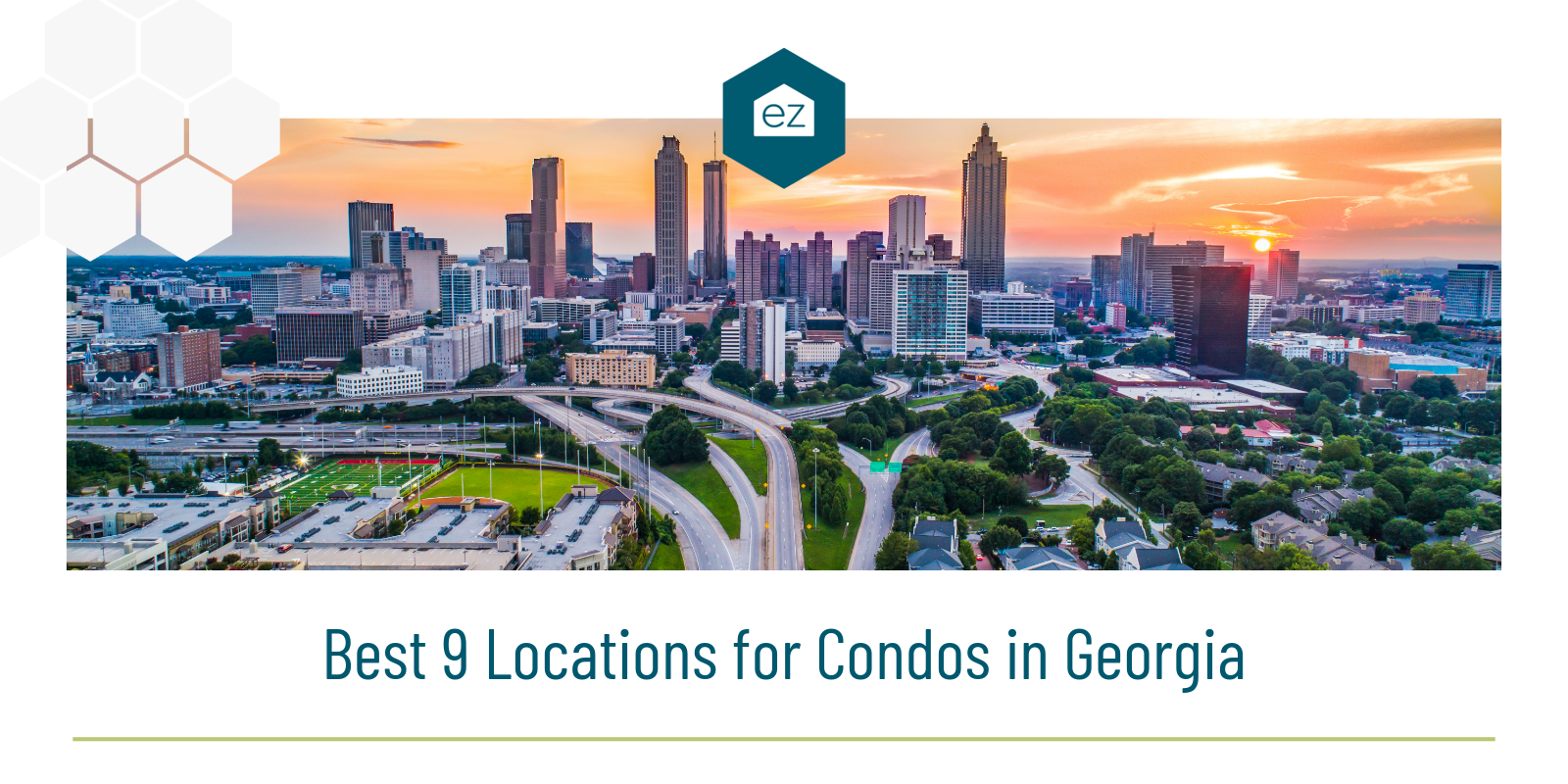 9 Best Locations for Condos in Georgia

Condominium living has many benefits that make it appealing to many people. For one, condos are often more affordable than traditional single-family homes, making them an excellent option for first-time homebuyers or those on a tight budget. Additionally, condos offer maintenance-free living, as the homeowner's association (HOA) is responsible for caring for common areas and exterior repairs. This can be a major selling point for busy professionals or retirees who want to enjoy leisure time without worrying about property maintenance.

Georgia is home to some great condo communities, many of which are in the Atlanta area. These condominiums make living in one of the South's most populated and entertaining areas more affordable. To help with your condominium search, we've looked at which communities have the highest concentration of townhome and condominium properties.

If you're considering purchasing a Georgia condo, be sure to check out these places.

Downtown Atlanta is the most densely populated neighborhood with condos in Georgia. This is primarily due to its prime location—downtown condo residents are just a short walk or drive from some of Atlanta's best dining, shopping, and entertainment options. Additionally, many downtown condos offer stunning views of the city skyline.

Fairlie-Poplar is tucked into the center of downtown Atlanta between Centennial Park and Woodruff Park. This neighborhood is walkable, boasts many restaurants and bars, and has easy access to public transportation. Residents are in the heart of the entertainment district. Walk to games at the Mercedez-Benz Stadium or catch a performance at Rialto Center for the Arts. The historic district is packed with boutique restaurants, artist studios, and trendy dining spots.

Castleberry Hill is an eclectic and artsy neighborhood southwest of Fairlie-Poplar and the Central Business District (CBD). This area is known for its monthly art strolls, showcasing local artists' works in the galleries and public spaces throughout the neighborhood. The fact that Atlanta attractions are only a short walk away and the easy access to highway and public transportation options will continue to be an advantage for living here.

Historic Castleberry Hill is one of the most complete warehouse districts still surviving in the City of Atlanta. It was one of Atlanta's first loft districts. Many warehouses and industrial buildings have been converted into lofts and condos. Around 86% of its housing options are condos or townhomes. The September 2022 median list price for a condo in Castleberry Hill was $312,000, with 20 listings. Prices ranged from $199,000 to $3.1 million.

Old Fourth Ward is east of downtown Atlanta and south of Inman Park. Historically crucial in the Civil Rights Movement, it's bordered by the Freedom Parkway to the north and Boulevard to the south. The area has undergone significant gentrification in recent years, thanks partly to its proximity to downtown. As a result, it's now home to trendy restaurants, boutique shops, and lively nightlife options.

Condo living is very popular in Old Fourth Ward—nearly 48% of housing options are condos or townhomes. The September 2022 median list price for a condo in this neighborhood was $435,000, with 65 listings. Prices ranged from $195,000 to $4.5 million.

Grant Park is southeast of downtown Atlanta, bordered by Cabbagetown to the north, Georgia Avenue to the west, and Moreland Avenue to the east. The area is named for its centerpiece—Grant Park, the fourth largest park in Atlanta. The 132-acre park is home to Zoo Atlanta, the Georgia Aquarium, the Center for Civil and Human Rights, and more. The neighborhood also has a number of historic homes, as well as a lively nightlife scene.

Midtown is northwest of downtown Atlanta, bordered by Georgia Tech to the east, I-85 on the north, and Ansley Park to the east. It's a lively neighborhood with a mix of residential and commercial buildings. One standout feature is the number of parks and green spaces. Piedmont Park is one of the largest parks in Atlanta, but a few smaller parks are scattered throughout the neighborhood.

Midtown is also home to some Georgia Institute of Technology campus buildings, the Fox Theater, and the High Museum for Arts.

This is a small, affluent neighborhood just east of Midtown. It's known for its historic homes, as well as its proximity to Piedmont Park. Ansley Park is also home to the Atlanta Botanical Garden, one of the city's most popular attractions.

Brookwood Hills is a smaller neighborhood often lumped in with Ansley Park. It's bordered by Peachtree Road to the south and Interstate 85 to the north.

Ansley Park was built in the early 1900s as a streetcar suburb, so it has a more residential, suburban feel. Many historic single-family homes are here, but as it's developed and grown in popularity, townhomes and condos have sprung up. It had a September 2022 median list price of $1.5 million.

Equally historic Brookwood Hills is a picturesque community of brick bungalow homes. It is a great place for commuters with a prime location near I-85 and the Chattahoochee River. Its median list price was $529,900, with seven listings.

Combined with Loring Height and Midtown, 85% of housing options were condos or townhomes.

Buckhead is an affluent, high-density neighborhood northwest of downtown Atlanta. It's known for its luxury shopping, dining, and nightlife options. Some of the city's most popular retail venues are here, like Phipps Plaza and Lenox Square—two of the largest malls in Georgia.

This area is also home to Georgia State University's Buckhead campus, as well as many high-rise office buildings and residential towers.

Buckhead is one of the most popular places to live in Atlanta, and as a result, condos and townhomes are in high demand. Combined with Buckhead, Peachtree Hills, Hayne Manor, and Garden Hills, 56% of its housing was condos or townhomes. The September 2022 median list price was $650,000, with 650 homes for sale.

This small crescent-shaped neighborhood is located just northwest of Buckhead and south of Smyrna. It's known for its quaint shops and restaurants and its proximity to the Chattahoochee River. It's bordered by I-75 to the east, Georgia Avenue to the west, and Paces Ferry Road to the south.

Although not falling under the same defined limits as Buckhead, Vinings is a mere river-crossing away, and locals love it for its many benefits. These include being close to top private schools and conveniently near exemplary shopping and dining options. It has a small-town "village" feel.

Morningside-Lenox Park is an affluent neighborhood located east of Midtown and south of Virginia-Highland. It's known for its historic homes, as well as its proximity to Piedmont Park. Residents enjoy eclectic shops and restaurants, plus easy BeltLine access.

Morningside is a fun, hip Atlanta neighborhood with plenty of places to eat and shop nearby. It's also great for walking around, with Piedmont Park at your doorstep! The historic community is part of Atlanta's "streetcar suburbs," growing predominantly in the 1920s.

This neighborhood is predominantly single-family, but around 47% of available housing is townhomes and condos, especially near the park. The September 2022 median list price for Morningside-Lenox Park was $1.1 million, with 71 listings.

If you're looking for a condo in Georgia, there are plenty of great communities to choose from. Whether you want to be in the heart of the action in Atlanta or prefer a more suburban feel, you can find a community that fits your needs. With so many options available, you're sure to find the perfect place to call home. 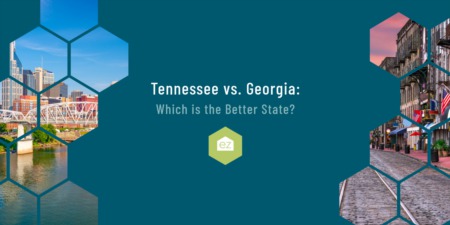 Tennessee vs. Georgia: Which is the Better State?

Tennessee vs. Georgia: Which State is Better? When it comes to finding the perfect place to live in the southern United States, it can be tough to ...Read More 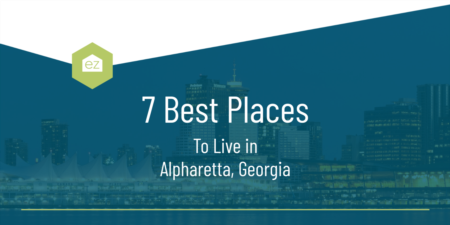 7 Best Places to Live in Alpharetta, Georgia  According to Money Magazine, Alpharetta, GA, is one of the best places to live in the country. ...Read More 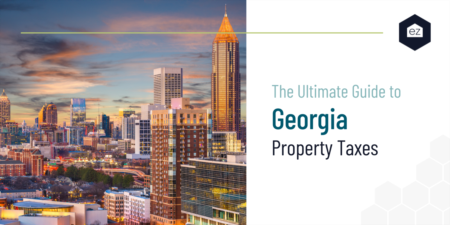 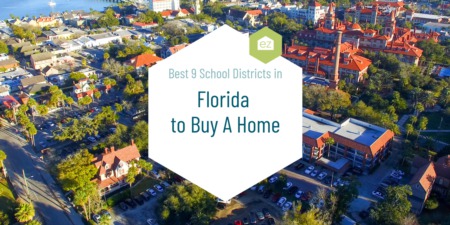 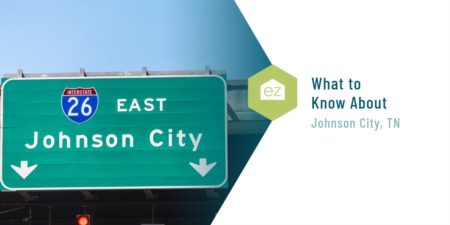